The Renault booth at Retromobile 2022 is entirely devoted to paying tribute to the legendary icon. The floor plan echoes the R5 logo made for the 50-year anniversary. 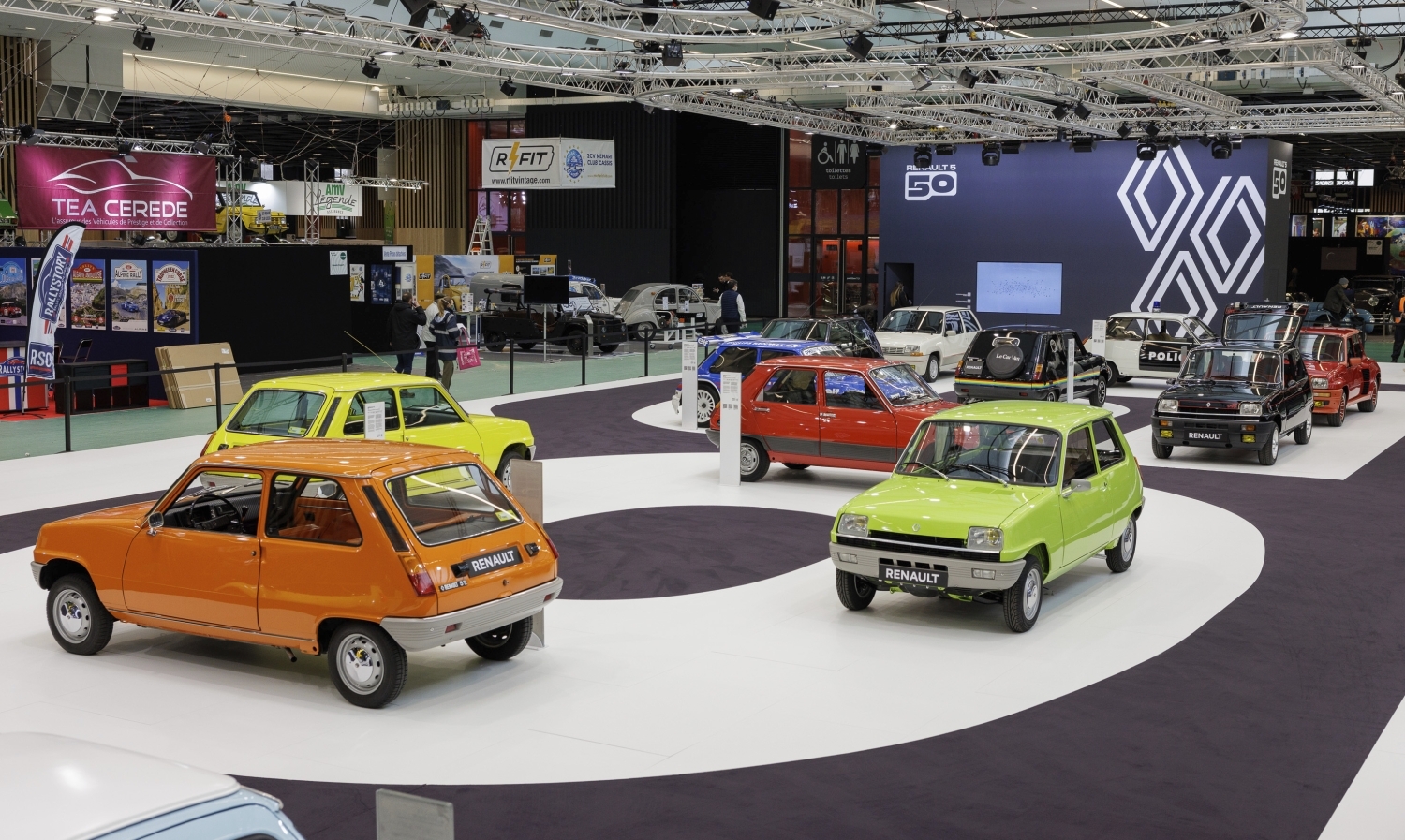 The 820 m2 stand will be home to twelve historic Renault 5 model for visitors to explore. Original models, selected from the Renault Classic collection, take visitors on a journey through the history of Renault 5. From the 1972 ‘L’ model through to its 1990 descendant, the Supercinq Baccara.

Motorsports have always been part of Renault’s history. Renault 5 is no exception, with its sports and racing models elevating the design to that of an icon. A selection of legendary models is on display at the show.

Like a dialogue between the past and the future, Renault 5 Prototype and 1974 Renault 5 electric stand opposite each other. This is the first-time people in France will have the opportunity to discover Renault's upcoming essential and popular electric car.

Sales of the upcoming electric Renault 5 will start in 2024. It will be made in France, at the Douai Factory, within the ElectriCity hub.

"We are delighted to join with aficionados, fans, journalists, partners, and club members to celebrate the 50th anniversary of the emblematic Renault 5 at Retromobile auto show, one of Europe’s most acclaimed classic auto shows. The Renault booth will take visitors on a journey through the history of Renault 5 and give them a glimpse into the brand’s future with Renault 5 Prototype."
Hugues PORTRON, Director Renault Classic

RENAULT 5, A POP ICON
As a car manufacturer, Renault is ahead of its time. In daring to create Renault 5 back in the day, the brand gave society exactly what it was looking for. In 1972, Renault 5 was a major step away from most other vehicles of its day.

Defiantly nonconformist
Renault 5 was perfectly adapted to the burgeoning expectations of society at large with the emerging middle class, suburbs, supermarkets, and a rise in female emancipation. Renault took a bold leap of faith as it launched the very first mass-market 3-door hatchback.

Designed as a ‘versatile car’ that could handle city driving as well as the open road, Renault 5 was a success with car owners of all sorts thanks to its rounded appearance and soft shapes. Its practical rear hatch and innovative plastic front and rear shields gave it the necessary edge to win over new customers, especially women and young car owners who appreciated its playful side. It’s style and driving pleasure made the design an instant hit.

Renault 5 was manufactured mainly in France, Spain, and Belgium then assembled in a range of countries including Iran, Mexico, Tunisia, Portugal, and South Africa. More than 5.5 million units were sold between 1972 and 1985 across 5 continents (or nearly 9 million units over 20 years if one counts the Supercinq that came just after). It was such a successful model that in 1980, it was 2nd most sold car in the world.

Thirteen iconic Renault 5 models on show across 820m2
The 50th anniversary of the legendary Renault 5 is one worth celebrating in style. For the occasion, Renault is putting its collection’s most beautiful models on display.

For the first time in the history of automotive, Renault 5 was a range within a range. It came such a wide variety of versions that there truly was something for everyone.

Positioned along the 50-shaped stand, the cars placed around the ‘0’ are all in vibrant colours that pop. True to the characteristic ethos of Renault 5: a non-conformist daughter of May 1968.

As for the cars that run along the ‘5’, they trace the vehicle’s history, starting with the very first models through to its worthy descendant, the Supercinq.

Sports versions have also been invited to join the party; their track record having helped shape the myth behind the legend.
Top
Post Reply
1 post • Page 1 of 1